Celebrating the Women of the MVYMCA: Marilyn Fitzgerald

Interview with Marilyn Fitzgerald, volunteer member of the Merrimack Valley YMCA Board of Trustees and Board of Directors

How long have you been involved with the Merrimack Valley YMCA and what was your first role as a volunteer?

I started volunteering with The Y in 1970 when I went to the Brook Street, Andover Y to sign my son up for floor hockey. They were the only show in town so to speak and the lines would start forming at 6:00 a.m. to get a spot for your child in whatever classes were being offered. Elaine Kent who was the head 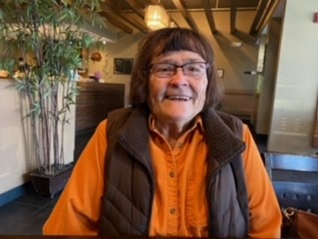 of volunteers and later became a role model for me, would walk the line looking to recruit other volunteers. I said yes and before I knew it, I was running a mimeograph machine and folding/stapling/stamping program brochures. Those were the first of hundreds of different volunteer jobs. And as they say, the rest is history.

How has your experience been as a woman and a volunteer at the YMCA?

I have always felt valued and respected both as a Y member and volunteer. I was made to feel that my skillset and knowledge were needed and I would be missed if not there. Back in the 70’s the operation was run solely with volunteer “experts”. We received training and were recognized in many ways for our contributions to The Y. Each of us felt our contribution was the reason the Y was successful. Lifelong friends were made.

I have had many female role models each with a different reason. Two stand out above the rest. My mom, Blanche DeMoor, set the bar high for showing kindness, caring for others and simply by demonstrating everyday how to just forge ahead and get the job done. To this day, my mom was the toughest woman I have ever known. Ruth Bader Ginsberg has fascinated me for many, many years because of the impact she has had on gender equity even before we, as women, realized we were being discriminated against.  Equal pay and accessibility were important to me. I went to high school during a time when there were no varsity sports for girls and this is something I regret to this day. As a single mom I truly needed the same pay as my male counterparts. I have spent most of my adult life teaching young women to empower themselves.

I feel my impact as a leader has been my ability to teach and to motivate people to believe in their own abilities. I have never been afraid of failing and I have tried to impart that philosophy to others. Failing and overcoming failure are important life tools. I also believe that my enthusiastic personality has been important in encouraging others to “go for it.”

I was elected to be Chair of another not-for-profit that I cared deeply about. At the time I felt like the token woman on the board. The entire BOD were men. I brought a very serious matter to their attention soon after becoming Chair and it was initially dismissed by them as a situation they simply refused to believe was happening. It involved finances. I believed they were embarrassed that I discovered what they should have known and thought I was grandstanding or looking to make a name for myself. The end result was that I was correct in my assessment and the CEO had to be let go. I did not give up in pursuing what I knew needed to be done for the betterment of this organization. It was one of the most difficult things I ever went through as I had non-stop pressure by all but one of the men to “let it go.” I actually went over their heads and notified the regional director who also initially doubted me.

I would advise our future female leaders to find like-minded leaders and role models. It is important to have someone believe in you and your efforts. Being mentored by another woman who has a career you aspire to is always helpful. Learn how to take risks and always remember “All glory comes from daring to begin”.

What part of your Y story do you believe resonates most with other women in a volunteer role?

I believe everyone wants to make a difference no matter what the endeavor. The Y always made me feel I was useful and needed. That is why I keep coming back. Today’s lifestyle is not as conducive to volunteering as when I started out fifty years ago but learning to give is such an important part of life. Early on I knew I believed in The Y’s mission and I firmly believe that given the opportunity other women will feel the same way. I owe Elaine Kent so much for simply asking if I were willing to help.

Is there anything we didn’t ask that you would like to add?

Both Dick Cate and Elaine Kent encouraged and empowered me to do every possible thing related to aquatics. They saw something in me that I didn’t even know was there. They sent me to every conceivable training (all as a volunteer) and before I knew it I was teaching the very same things I had been trained in. My journey at Aquatic School both at Springfield and Colgate as a staff person was instrumental in my seeking a professional career in aquatics. A highlight was helping to author the first certification program in Waterfront. I guess the point I am making is that they believed in me and I have tried to do the same thing every day for those I taught and mentored. Amy Driscoll D’Andrea who is the present Aquatic Director at The Darien Y in CT credits me with her career. I was her Elaine Kent.

We all need that person who pushes us forward.