Into Books – Exercising Your Mind

In September 2019, a Little Free Library was launched at the North Andover/Andover YMCA to help inspire the love of reading. It was an immediate hit!

People who came to the Y to exercise now had the opportunity to take a book home to read at leisure or to sit right down and read it then. Books were available at no cost. Members could share books with friends when they were finished reading and if they had some books they wanted to put in the Little Free Library, that was fine, too! 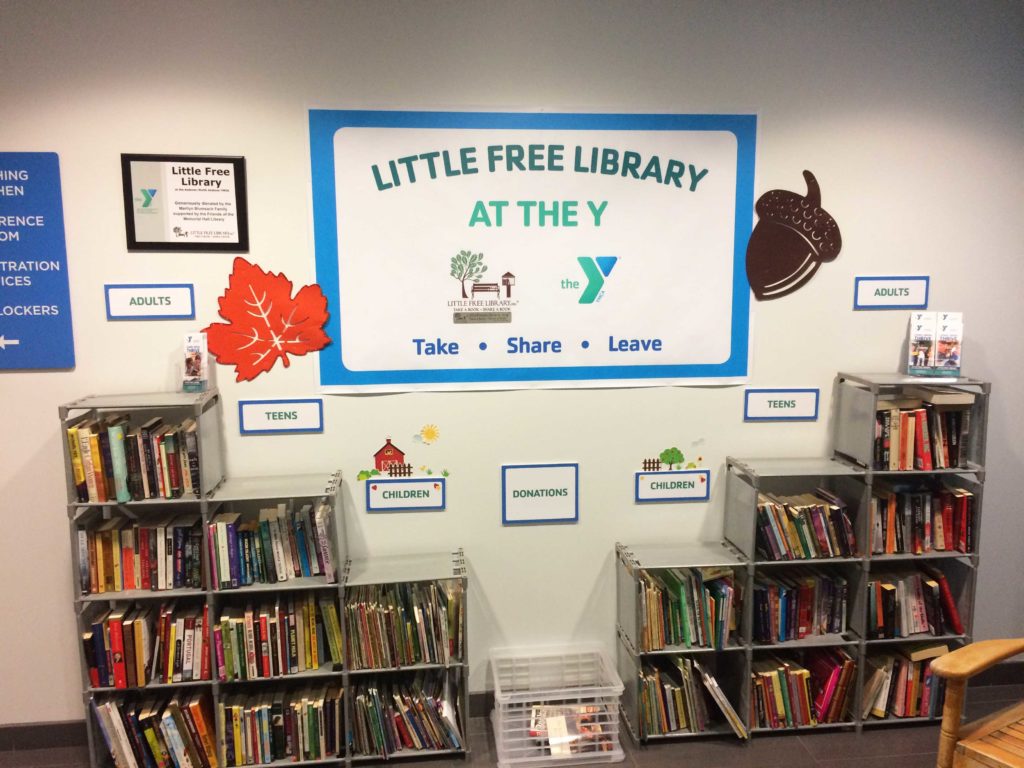 In early 2020 the whole world changed. The Y closed, re-opened and currently operates with a modified schedule. Due to COVID-19 regulations, the YMCA was forced to temporarily close the Little Free Library. However, our hope is that sometime in 2021 we will all return to a “new normal.” We’re keeping our fingers crossed!

The challenges we faced in 2020 were simply to stay well and be safe. We learned that exercising your body was very important and so is exercising your mind. How could we help you do that? We think we know one very good way – reading!

Experts tell us that reading can enhance your vocabulary, train your brain, increase wellness, lower stress and discover something new about yourself. Most of all, reading is fun! Finding time to fit reading into your schedule is as important as doing some form of exercise.

So, dear friends and Y members, we are suggesting you use this “Into Books – Exercising Your Mind” column as one of the ways to help you exercise your mind. Each month, we will recommend books for all ages to read. All the selections are available at your local library or at most bookstores. We will include a brief review of some of the selections to help you decide whether or not that book is something you want to read.

Now relax and read this month’s suggestions. Have fun! And here’s to exercising your body and your mind at the Y!

Our monthly book reviews and booklists are categorized for your consideration similarly to the categories at the Y’s Little Free Library: children and adults. We hope this will help you select a book(s) of your choice. Happy reading and enjoy exercising your mind.

All book reviews and book suggestions offered this month and derived from the above listed booklists.

The Snowman’s Wish by Harmen Van Straaten -Teased by other toys because he is neglected to the bottom of the toy case, a snow globe snowman is granted a magical hour outside his snow globe. He shares a dance with a beautiful little music box ballerina.

Clink by Kelly DiPucchio – Clink is a robot chat that used to be state of the art; now he is out dated and missing parts.

If I Build a House by Chris Van Dusen – Imaginative Jack is ready to build the house of his dreams complete with a racetrack.

Clever- Lazy by Joan Bodger – Far away and on the other side of time, there lived Clever-Lazy, an explorer who loved to invent.

Hidden Figures: The True Story of Four Black Women and the Space Race by Margot Lee Shetterly – The true story of four African-American women whose talent and tenacity led to careers at NASA.

The Invention of Hugo Cabret by Brian Selznick – Image and text combine in a unique presentation to tell the story of an orphan boy who lives in the walls of a busy Paris train station where his survival depends on secrets and anonymity. His world suddenly interlocks with an eccentric, bookish girl and a little old man who runs a toy booth in the station and…

The President’s Stuck in the Bathtub by Susan Katz – Humorous poems dealing with one often little known fact about each president of the United States.

The Splendid and the Vile – A Saga of Churchill, Family and Defiance during the Blitz by Erik Larson – This is a story that resonates across the decades with a gripping immediacy. It is a tale of a leader, Churchill, who had strength of character, a sense of history, a moral courage, and a deep heartfelt empathy for the people he served.

Do Not Say We Have Nothing by Madeleine Thien – History is deeply woven into a moving story of the musicians who suffered during and after the culture revolution in China. This book is unlikely to be publishable in its entirety in China and reminds readers in the free world never to take our freedom for granted. It does so through the sublime pleasure of a well-toned story.