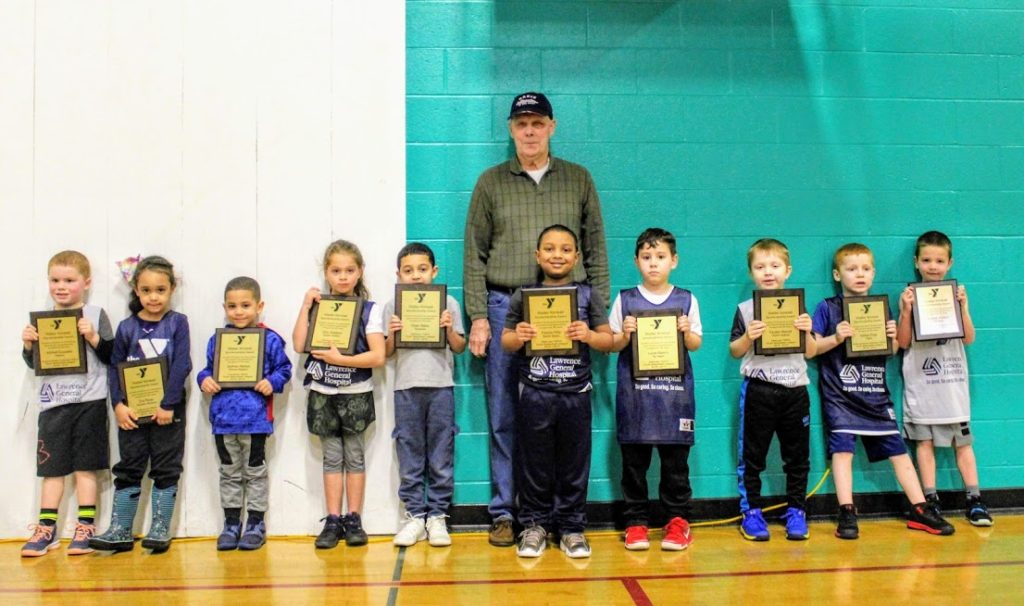 Young athletes in grades pre-kindergarten through first grade got the chance to show off their basketball skills and teamwork at the 13th Annual Kimball Classic on Saturday, March 2nd at the Lawrence YMCA. Teams from the Andover/North Andover, Lawrence, and Methuen YMCAs participated in the event, which was named for one of the founding fathers of the YMCA’s Youth Basketball League (YBL), Walter Kimball. Kimball was on hand for a ceremony at noon during which one player from each team received the Walter Kimball Sportsmanship Award. The winners were:

Players were chosen by their coaches based on sportsmanship and teamwork throughout the season, as well as their display of the four core YMCA values: caring, honesty, respect and responsibility.