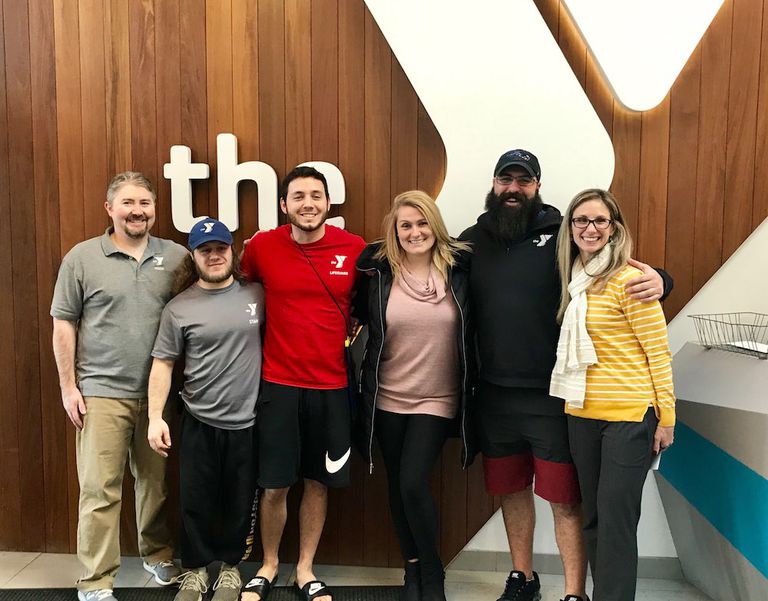 Marathoner Thanks the Fast-Acting YMCA Workers Who Saved Her Life

A trained staff kept Stacie Logan alive after a cardiac arrest episode while on the treadmill.

On November 30, Stacie Logan was going for a nice run on a treadmill at her local YMCA in Andover, Massachusetts, when things suddenly took a turn for the worst.

“I was looking down [at the treadmill], and I was like, ‘That was a quick quarter of a mile.’ It went by so fast I didn’t even realize it,” Logan told Runner’s World. “Next thing I knew, I felt dizzy and felt like I was going to pass out. I went to stop the treadmill, and that’s when they said I went into cardiac arrest, because I wasn’t able to stop the treadmill.”

Logan said she fell and shot off the treadmill, hitting her face on some nearby workout equipment. She was later told that a woman on the treadmill next to her yelled for help while a few other people in the room flipped Logan over and found her unconscious.

Some quick-thinking YMCA workers and lifeguards checked for a pulse, and when they didn’t find one, immediately started CPR. They did compressions for six minutes before using an AED on Logan twice. Logan wouldn’t wake up until she was in the back of an ambulance.

As a 29-year-old who was healthy and had six marathons under her belt (one of which being this year’s New York City Marathon), everyone, including the doctors, were confused how this could have happened.

After completing several tests, she said doctors found scarring on the inside of one of Logan’s heart chambers, possibly leading to the sudden cardiac arrest that day. One thing is sure: If it weren’t for the quick reflexes of the workers at the YMCA, Logan wouldn’t be alive.

“Thankfully they have a pool right next to where the treadmills are, and they have certified, trained lifeguards,” Logan said. “I was just so lucky it was during their working hours that the lifeguards were there and they were the ones who gave me CPR and saved me.”

The doctors implanted an AICD (a defibrillator and pacemaker) into her chest in order to keep her heart rate in check and prevent this incident from recurring. Logan’s doctor gave her a green light to continue running and working out as she pleases, and she went home after a week in the hospital. Logan and her family got to meet some of the workers who rushed to help that day.

“It was really pretty emotional,” Logan said. “And my parents and boyfriend were so emotional meeting them, because they saved my life.”

After a scare like that, would you lace up your shoes again? Logan thinks she will.

“It’s been beautiful out the past few days, and it’s so weird because I know [running] literally almost killed me a week ago,” Logan said, “but I would love to go for at least a walk or a little run or something, just to prove to myself I can.”