A synchronized swimming coach with more than three decades of experience at the local, national, and international levels is joining the coaching staff of the Andover/North Andover YMCA Synchronized Swim Team (ANA Synchro). The Merrimack Valley YMCA is pleased to announce that Eugenia Gillan will join the ANA Synchro team as a coach and competitive team office assistant. Gillan is a national level official for United States Synchronized Swimming (U.S.S.S.) and the official chair for the New England Region. 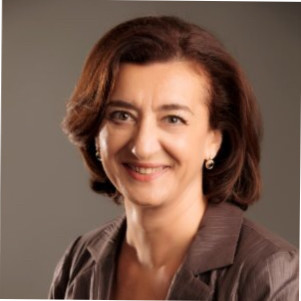 She has also been named as a potential international FINA (Fédération Internationale de Natation) judge. FINA is an international organization that promotes aquatics around the globe, is responsible for setting the rules used at the Olympic Games, and organizes the World Championships, among other things.

Gillan previously served as head coach of ANA Synchro for more than 25 years while working full time in high tech. She returns after taking a hiatus to pursue her career in the high tech industry, most recently serving as VP of Engineering for a company called Jibo. Under her leadership, the team grew to the largest in the country at the time. Gillan is thrilled to be back as a coach and mentor for the talented athletes of ANA Synchro.

“ANA Synchro is quite an accomplished team with a large number of very diverse swimmers, supportive parents, caring YMCA staff, and world-class coaches,” she said.  “I am excited to work with the coaching staff to continue building this team – to introduce this unique sport to more swimmers and to challenge and develop those who have Olympic dreams.”

ANA Synchro is adding Gillan to an already amazing staff for the beginning of the season. She will start the season with Head Coach Leah Pinette and Assistant Head Coach Reem Abdalazem, who are both Olympic-class athletes, as well as a network of assistant coaches and experts on nutrition, injury prevention, strength training, and mental preparedness.

Pinette says Gillan’s years of experience will be an asset to the team.

“With Eugenia’s experience in high tech as well as the sport of synchronized swimming, I only see growth for our program here at ANA Synchro,” said Pinette. “Her talent and work ethic will allow our programs to prosper here at the YMCA and I am excited to be part of this expanding team.”

Gillan’s past accomplishments also include being presented with the East Zone Coach of the Year award back in 2006. She was also named on a list of finalists for the 11th Annual Stevie Award for Women in Business.