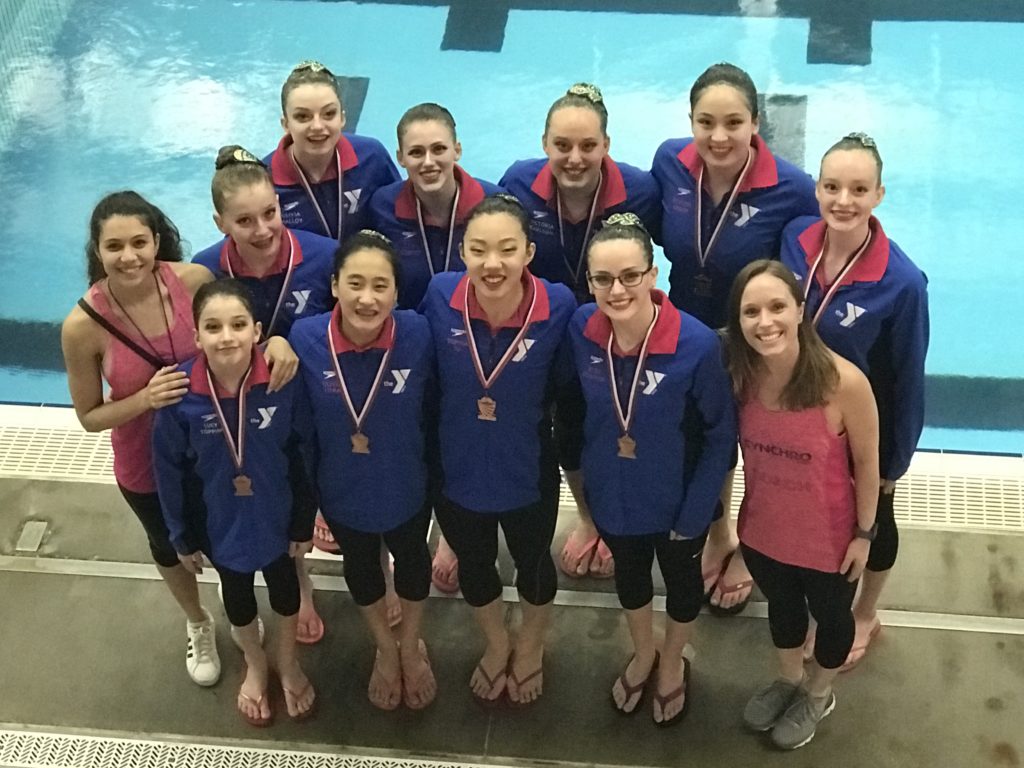 It was a history-making event for the team, since this was the first-ever win for the junior team. Lead coach for the junior team, Reem Abdalazem says the girls have made big improvements, thanks to their unique choreography and daily training. The team has jumped from 9th place to 4th in some events, and from 5th to 3rd in the team event and qualified all other routines in finals, since Abdalazem began coaching them.

Synchronized swimming is a unique combination of dance, gymnastics and swimming.  Synchro athletes perform acrobatic routines in the water, perfectly timed with music and their teammates – all while never touching the bottom of the pool. Athletes from around the country competed at this weekend’s National Championships, which are promoted by USA Synchro each year.

“Our choreography this season is the most difficult and the most artistically advanced we have ever had at ANA Synchro,” said Head Coach Leah Pinette. “The athletes have been working tirelessly over the past year to medal at US Nationals. As coaches, all we ask for is their best performances and we had that this competition, it’s a wonderful event to be a part of. I am very proud of all our routines and their results at the most elite competition of the year.”

It’s been an exciting season for the ANA Synchro Team. Last month, Assistant Head Coach Reem Abdalazem was named the 2018 East Zone Coach of the Year. This award is given each year to one coach from the 13 states that make up the Eastern Zone of synchronized swimming in the U.S. The award recognizes a coach who not only develops his or her own athletes, but also makes important contributions to the sport. Team member Sophia Ju was named Athlete of the year at the 2018 East Zone Junior Championships for her leadership and service in both synchronized swimming and in the community.