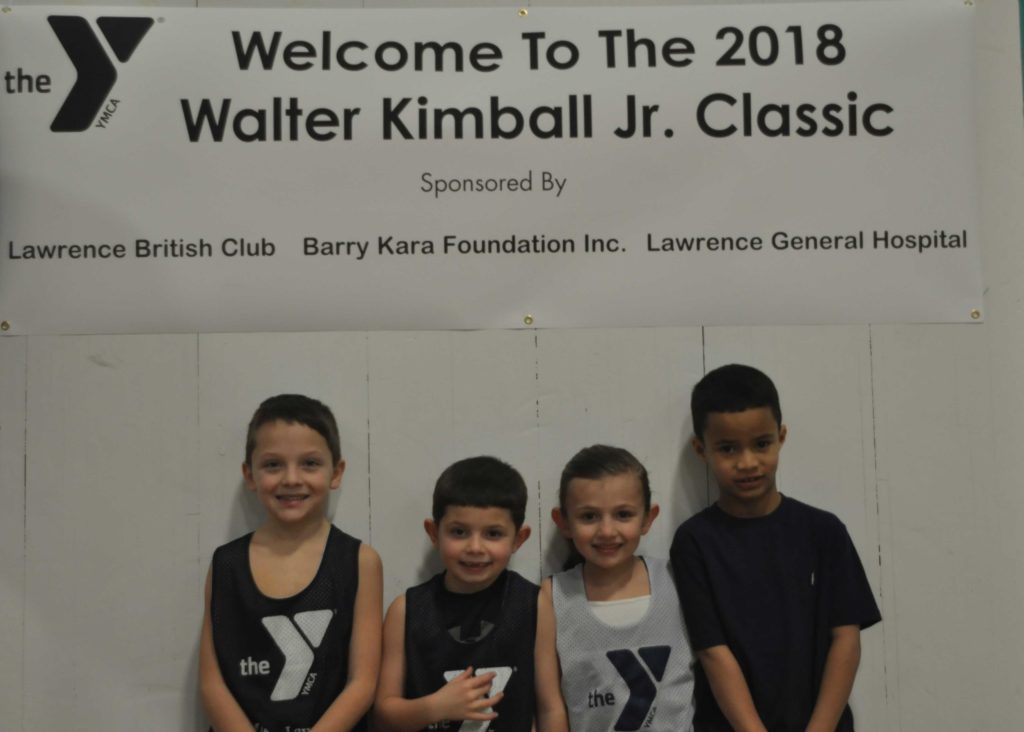 Young basketball players from around the Merrimack Valley had the chance to show off their best skills in teamwork and fair play as they faced off against teams from other towns in the 12th Annual Walter Kimball Classic Youth Basketball League (YBL) Jamboree at the Lawrence YMCA on Saturday, March 3, 2018 at 9:00 a.m. Merrimack Valley YMCA YBL teams in the Pre-K/Kindergarten and 1st/2nd Grade divisions from the Lawrence, Methuen and Andover/North Andover branches competed in the event, which is held every year in honor of Walter “Kim” Kimball, who was one of the founding fathers of YBL. 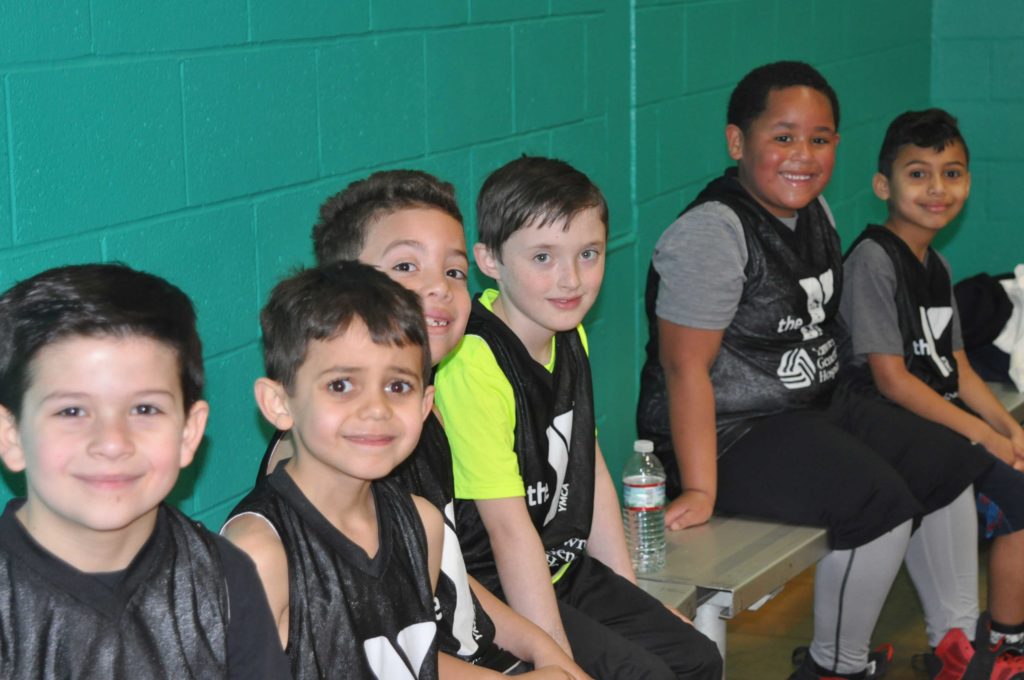 Kimball was on hand for an award ceremony at noon, where one player from each team in the Pre-K/Kindergarten division was given the Walter Kimball Sportsmanship Award. Winners were chosen by their coaches based on their sportsmanship and teamwork throughout the season, as well as their display of the four core values of the YMCA, which include caring, honesty, respect and responsibility. Merrimack Valley Chief Operating Officer Frank Kenneally says the Walter Kimball Sportsmanship Award represents what YBL is all about.

“The Kimball Classic is YBL in its purist form,” he said. “It’s not about who had the most baskets or which team won the game. It’s about promoting sportsmanship, health and fitness and having fun.”

Walter Kimball started YBL in the early 1970s and worked for the Merrimack Valley YMCA for 37 years. During that time, he was responsible for starting numerous programs for children, teens and adults – teaching literally thousands of children how to swim, play basketball and stay physically fit.